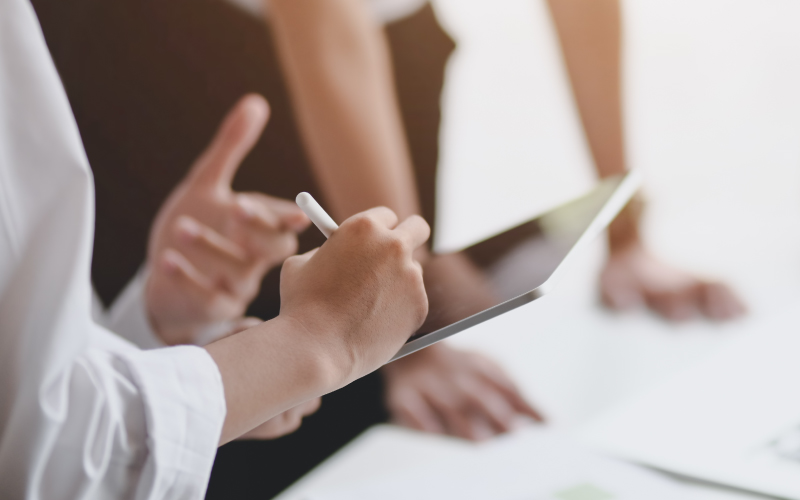 As a result of the information given lately, such as those related to the Paradise Papers or the corporate tax schemes of certain multinational giants, public opinion has become aware of such exotic instruments and places as offshore companies, private foundations, trusts and tax havens, , which lead to tax avoidance or fraud and even to the perpetration of criminal offences such as corruption, crimes against the Treasury and money laundering. It is necessary to distinguish criminal conduct, contrary to the law and punishable, from aggressive tax planning, ethically and socially reprehensible but carried out within the margins of legality. In any case, this article is not about either of these behaviours but about the defence of an essential legal practice. In a world as interconnected as that of the 21st century, countries have to coordinate their legislation to achieve a more supportive taxation that responds to citizens’ needs.
Although economic and financial globalisation has not been harmonised, in recent years there have been improvements especially within the European Union. Within it, harmonisation guidelines have been combined, respecting the principle of sovereignty of the Member States. We emphasise that the power to tax certain legal realities is a further manifestation of the principle of the sovereignty of the States.

International tax law will try to coherently articulate mechanisms to avoid double taxation, double non-taxation -a more novel objective- and tax fraud; to coordinate the tax needs of the various States involved, always eager for public revenue, with those of the economic agents themselves.
Today, the vast majority of countries have adopted the principle of worldwide income to tax income, albeit in combination with the principle of territoriality, identified with the source of the income and taxation by real obligation.

However, the delocalisation of production and the processes of globalisation and internationalisation of the economy have generated a debate since the end of the last century on the preponderance of the world income principle over the source principle and its combination with the tax exemption or tax credit method to alleviate inter-state tax pressure.
The Convention model designed by the UN as a guide for the negotiation and signing of bilateral treaties (as opposed to that of the OECD) offers rules aimed at satisfying the needs of developing countries, which are generally importers of capital and therefore try to shift the burden of taxation to the State of the source, the place where the investment or activity is carried out.
The complexity of the system, and the penetration into it of the search for effective tax and legal solutions for transnational economic activity, will determine the existence of our practice. Of course, taxation can never be the primary reason to internationalise, but must follow the business. There is no doubt that taxation is of extraordinary importance and incorrect planning generates inefficiencies of various kinds – not only fiscal – that hinder business and ultimately make it more expensive.
International tax planning requires an analysis of tax regulations in the areas of incidence: the investor’s place of residence – where a reduction or deferral of the tax burden will be sought – the intermediate country if an intermediate company has been set up there, which would act as a conduit for the repatriation of income or reinvestment and which is usually a country with an extensive network of DTAs and an attractive holding regime

At this point, reference should be made to anti-abuse measures such as the beneficial owner clause and the elimination of the benefits of the Conventions for conduit companies, which, however, must be interpreted with certain restrictions by the Tax Administrations and the Courts, especially in an area such as the European Community, which guarantees freedom of establishment, provision of services, movement of persons and capital; and, finally, the destination of the investment – where a reduction of the tax burden is also sought – all as a manifestation of the economy of option and always within the strictest legality.

Adequate international tax planning must be free from the phenomena of tax avoidance and evasion; we insist, it is a question of a fiscally effective approach among the different possibilities enabled by sovereign tax powers, through those internal rules, DTAs or integration processes for a given factual situation.
There is no doubt that tax planning would not be effective without a thorough knowledge of the tax systems of the various States entitled to tax the factual situation.
Given the differences in direct taxation between them, for example in relation to the principle underlying their tax system, whether it is a state in which the principle of worldwide income or territoriality is enshrined, coordination and collaboration between lawyers and tax advisors in the different States involved is not only advisable, but necessary.
The possible location of the production activity (which is affected by regulatory, labour, environmental, socio-political, etc. elements), the form of establishment (subsidiary, branch, commission agent, etc.), the existence of special or incentive regimes, the repatriation of income flows, the financing of the investment, the regulation of expatriates and transfer pricing are classic factors to be studied when carrying out international tax planning.

All of this is understood to be inextricably connected and the existence of BITs, and their conjugation with the respective domestic rules, will be fundamental in the analysis. The non-existence of a BIT is an investment deterrent because, unless the respective domestic laws of the States provide for its correction, the income generated will be taxed in both States. On the other hand, the application of a BIT brings into play a series of elements that favour the materialisation of the transnational investment vocation. In other words, the existence of a DTT and domestic rules and their articulation – from the superior hierarchy of the DTTs – is a source of legal certainty for operators and therefore encourages their investments.

Over the last thirty years, Spanish legislation has been endowed with a wide range of measures and incentives for individuals, whether subject to IRPF or IRNR (regulations that also apply to non-resident entities) and for companies -IS- that have favoured the international establishment of Spanish companies as well as the attraction of foreign capital.
Among the different elements of the current Spanish regulations, we can highlight the following: (i) the exemption of dividends and capital gains of foreign subsidiaries, subject to compliance with the requirements of participation, maintenance and qualitative identity between the IS and the taxation of companies borne abroad, which article 22 of Law 27/2014, of 27 November, regulating the IS, extends to income obtained abroad through a Permanent Establishment (PE) and to income derived from the transfer of a PE.

Noteworthy is the anti-abuse measure that blocks the application of exemptions when the investee or PE is located in a country or territory classified as a tax haven, unless it is a Member State of the European Union and the taxpayer can prove that its incorporation and operation are based on valid economic motives and that it carries out economic activities; (ii) the extensive network of DTAs, with more than eighty treaties signed and others in the process of being negotiated or signed; (iii) the special tax regime for “impatriates” (the famous Beckham law), allowing taxpayers to choose between being taxed under IRNR or IRPF during the tax period in which the change of residence takes place and for the following five years, subject to compliance with certain requirements; (iv) the existence of low tax areas, such as the ZEC (Canary Islands Special Zone), an economic tax instrument that seeks to promote the development of the Canary Islands and the diversification of their productive structure, under the impetus of the EU; (v) incentives related to intangible assets, which entails a reduction in the income to be included in the tax base for income from certain intangible assets and which was amended by Law 48/2015, of 29 October (it is worth noting the complexity and importance of royalties in international taxation and their prominent role in DTTs) and finally, (vi) the ETVE regime of Articles 107 and 108 of the aforementioned Law, as a vehicle for channelling foreign investments and which has a series of characteristics that are alien to other European holding company regulations.

In short, a large and varied number of factors and elements affect international tax planning. As a result of the economic recession that began in the middle of the last decade and the consequent loss of tax revenue for the States, advances have been made in the exchange of information, transparency and fraud prevention, whose impact on international tax planning is growing. International tax planning as a legal practice will be increasingly determined by state initiatives and, particularly, by those carried out within the EU and the OECD to prevent tax fraud and favour the exchange of international tax information, attacking aggressive tax planning and the erosion of tax bases (BEPS). Based on interrelated socio-political contexts, citizens themselves will play a fundamental role in the advances to come, influencing institutions and states under pressure to bring together commercial, fiscal and labour standards. One might wonder to what extent the principle of state sovereignty will be affected when most decisions on direct taxation – and the consequent impact on the amounts collected by national treasuries – are taken beyond national parliaments, if such an eventuality ever materialises. To conclude, we highlight two basic ideas, on the one hand reiterating the first commandment of international taxation: taxation must follow business, the economic substance. On the other hand, Spain has very favourable tax instruments for the internationalisation of Spanish companies and the attraction of foreign resources and capital.